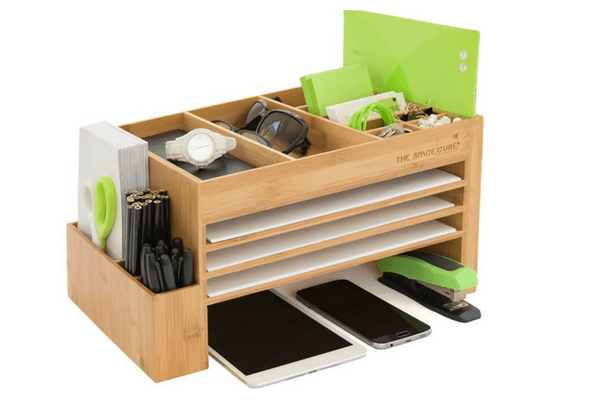 A Simple Way to Add Organisation to Your Home Workspace

When I first crossed paths with Carol Hanover she introduced me to her new invention, The Space Cube for your home workspace. She generously gifted me one and when it arrived I was curious. I wondered how much of a difference it could make but I instantly loved it and how many problems it solved. It sits right by me and my computer and has become an integral part of my working day.By Guest Blogger Carol Havener

In this blog, Carol Havener tells the story of how the Space Cube came to life. I love women who solve problems, don’t you?

I was fed up with the standard of workspace organisers and decided it was time to create something that was not only practical but stylish to boot. Enter the Space Cube a compact pack horse that I thought you may like to integrate into your workspace. Here’s her story of how the Space Cube was born.

I always told myself, this one is going to be different. The organiser that I picked up from Aldi, a dollar store, an expensive storage store or Big Box store would instantly get rid of the mystery pile on my kitchen counter and desk.  Not so much.  I had high hopes that this piece of plastic, metal or wood would cut through the clutter like a knife and finally be the desktop organiser that got me to where I wanted to be.

Ribbet. Ribbet.  I kissed a frog- again.  These frogs have names by the way and I am sure you seen and even kissed a few too.  Here they are:

All Style and No Substance

It looks good but is worthless at the end of the day.  If you collect real estate postcards and need a place for a thimble collection this would work.  I have neither but bought it anyway, ended up putting a few trade business cards in the holder and chucked some misc. items in the drawer and never opened it again.  It was just another pretty face, kiss-kiss goodbye. 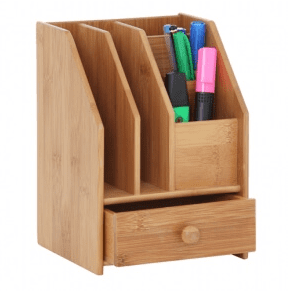 Garish plastic containers from the Dollar store and big box stores. When all merchandised together it’s kind of cute and colourful, bring them home and it’s a tacky trinket.  Take this green (channelling frog again) plastic holder for instance. Held a few pens, keys and small office supplies but wasn’t deep enough so when one tack was put in, one would jump out.  The green began to discolour over time becoming a speckled frog which ultimately found its’ fate in my circular file. 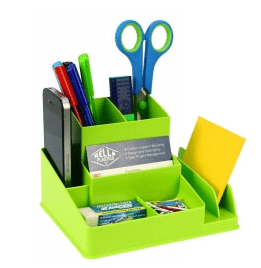 Large but not in charge

The paper tray has been around since the dawn of man, but they are not created equal.  They are functional and have served me well over the years with two major drawbacks.  They take up valuable surface space and only serve one function, plus if you buy plastic the trays sag over time.  I retired them to the home for old and worn out organisers. 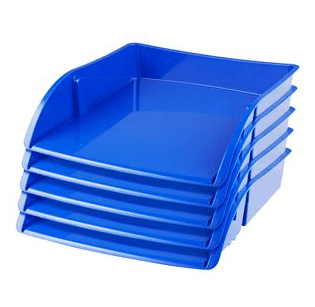 Cute desk sets in colourful cardboard prints featured in popular home magazines are like organiser crack, it tricks you into believing you too can have the desk in the magazine but then realize you don’t have magazines for the magazine holder and use it for paper which doesn’t work- at all and the two items can best be used to start a camp fire. 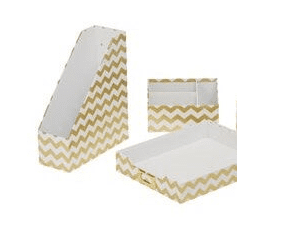 A tower of drawers may be the answer to compact and confined, but once an item goes in it rarely comes out. It was a place to shove papers I didn’t want to deal with. Over time I forget what’s in there and it becomes an office supply and document graveyard.  Going through it one day I kept asking myself, ‘why in the world did I keep half this stuff’?!

That was my light bulb moment…

Why not take the 5 frogs and turn them into 1 organiser that was more functional and efficient? A prince of an organiser was born!  It didn’t happen overnight and there was a massive learning curve for manufacturing and awareness but I was determined that no one would have to suffer through the let-down of buying yet another organiser that didn’t get the job done.

Once The Space Cube was created and sitting on my kitchen counter and desk I had no need to look further. The search was over, I felt content and most importantly, organised and clutter-free for the first time in a long time.  I was living happily ever-after! 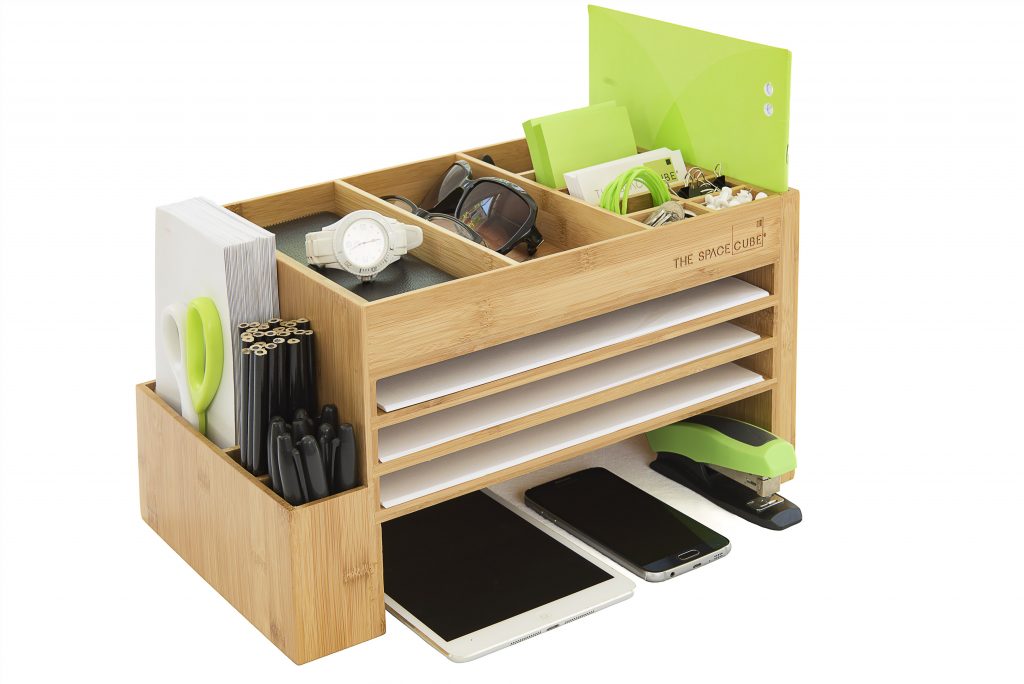 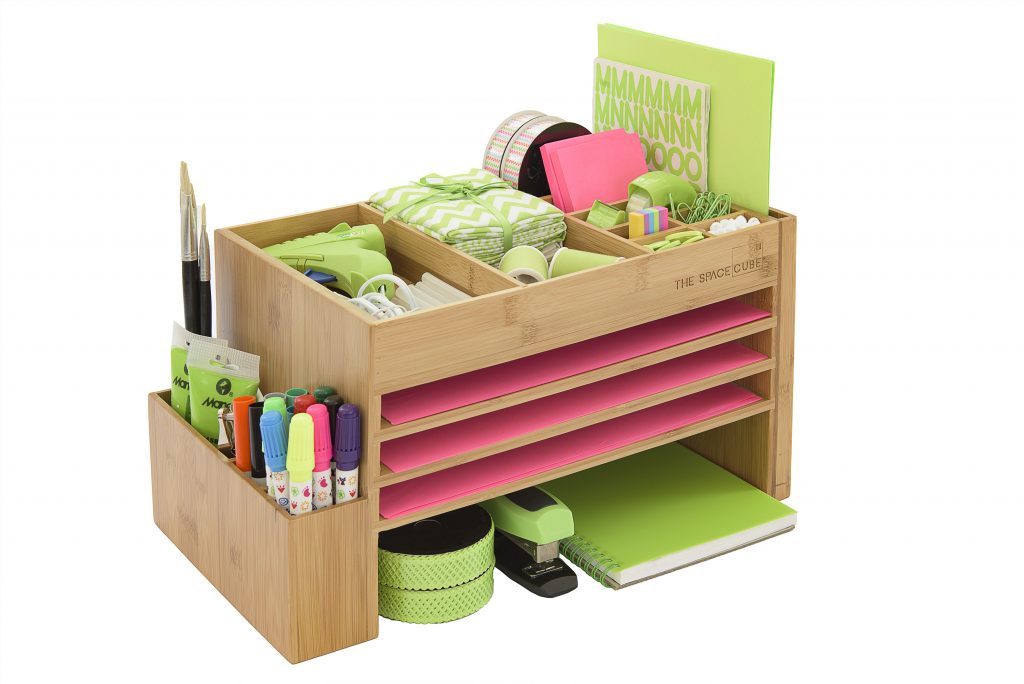 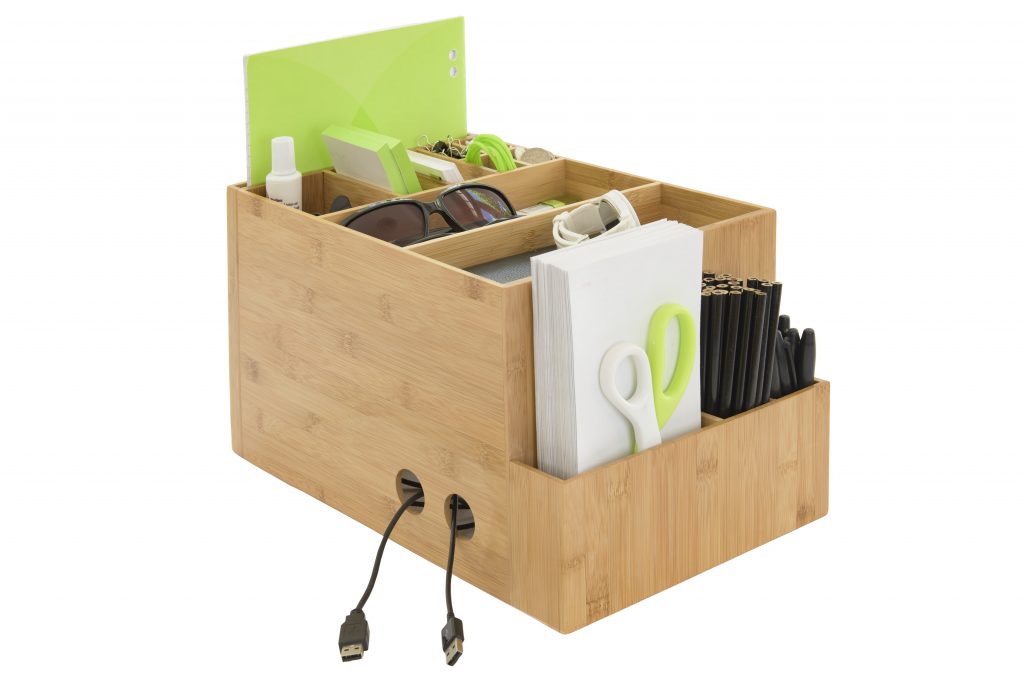 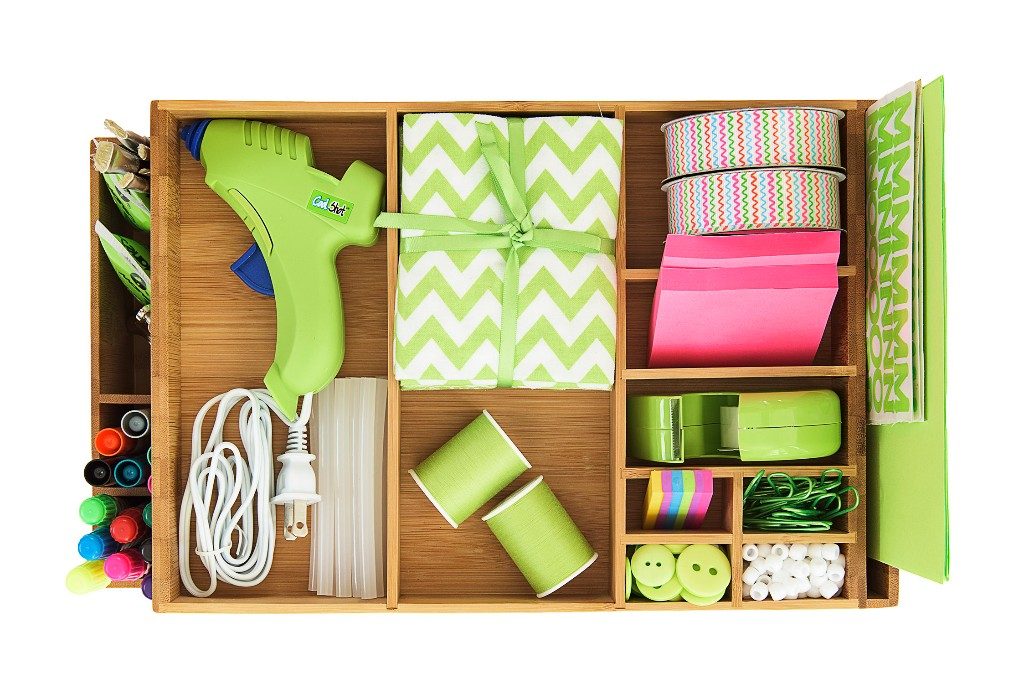 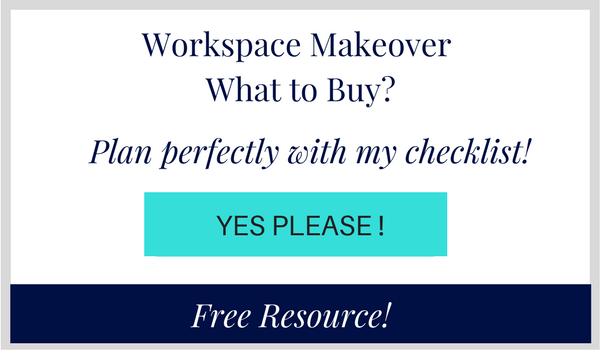 I’ve created a free resource for you if you are planning on shopping for your workspace makeover. It’s a shopping checklist for you. Now go and get that workspace of yours tidied up and super organised.

Love your home and those within it.